Volodymyr Zelensky: From Satire to Sovereignty

Volodymyr Zelensky, 41, a comedian-turned-politician has been showered by votes, getting a landslide against the incumbent president Petro Poroshenko in recent Ukrainian presidential elections. No political mantras used, no aggression shown, no word for policy reforms said, Zelensky managed to win in a sweepingly unconventional way by a margin of nearly 73 per cent. Instead, he sold positive messages like, ‘I want to see joyful faces around’, and used catchphrases like ‘no promises’ ‘no disappointments.’ The victory is the upshot of a very subtle campaign led by Zelensky through the social media and his long-run sitcom, ‘the servant of people’ which attracted a huge influx of people. It was, Moshe Reuven Azman, the chief rabbi of Kiev said, ‘a miracle’ occurred on Sunday night. However, his clinching to power as a comic actor might come as a surprise, but the process behind it was still political in nature.

To put it more bluntly, his appearance in his self-produced sitcom as a teacher-turned president is no wonderful coincidence, but a noteworthy political act. World politics has changed and so have the ways of attaining political aims, but what is clear is that one cannot exclude the features of politics while achieving those gains.

What’s more, he has also studied law, which as a subject is deeply intertwined with politics. It can be argued that he was much more a politician doing comedy than a comedian entered the politics. It was noticeable that along with Zelensky’s comic identity, his Jewish originality was also ignored during the campaign despite the fact that anti-Semitism is on the rise in Ukraine. Zelensky’s triumph is significant because he has utilized his charisma, in a short span of time, to secure the highest position of the country. Volodymyr Fesenko, director of Kiev’s Penta think tank, said the comic’s popularity was underpinned by ‘a political myth created by the TV series.’

While Ukrainians have taken it as a moment of rejoicing, political analysts of the country are suspicious of the development saying whether, a person, having a grip on his comic characterization on television can do equally well in the political arena. Indeed, he shall not be able to use those dramatic techniques in realpolitik, at least, not while having any strategic dialogue with Russia on eastern Ukraine. However, before making a cloud of suspicion over Mr Zelensky’s abilities to run the country effectively, merely on the basis of his background, it is requisite to ensure that world, which is governed by politically savvy, is more adequate and faultless. Isn’t it disastrous in terms of governance where peace does not appear to be an option? Why, in the world, long-fought wars and conflicts have endured, despite the bilateral and multilateral initiatives taken by world leaders with strong political background and knowledge? One who is more politically-correct is more exploiting the system.

Ukrainians have chosen Zelensky as a new face, they had desired. Melinda Haring, a Ukraine expert at the Atlantic Council in Washington, DC, said ‘it was clear the people wanted someone without the same baggage and connections to political dinosaurs.’

Furthermore, Zelensky is not the only conflicting figure in politics, but history is replete with such examples where actors have turned to be politicians. Fred Thompson, who was once a polished actor turned to politics, became the senator of the US, and served for nine years. Al Franken, former US senator, is a remarkable figure who despite his capabilities, had to face hardships because of his identity as a TV performer and comic author with zero political experience. Moreover, India is of much significance in this context where politics seems to be the final destination of many senior film and TV actors, governing as ministers or MPs.

Apart from the entire jigsaw, what matters most is commitment and credible approach towards the issues of which people are frustrated and are previously not taken on serious note i.e., corruption, mismanagement, crimes, and other civil society issues. Criticism and controversies would fade away if steps are taken in the right direction. In line with the presidential victory, Zelensky has to maintain a similar pace in the forthcoming parliamentary election as well, which will be a fate decider for him. It remains to be seen in reality, if Zelensky can do justice with the character he played on TV.

The author, Aciph Alee, is a researcher in PIIA.

Andrew Higgins, ‘Ukraine’s Newly Elected President Is Jewish. So Is Its Prime Minister. Not All Jews There Are Pleased’, The New York Times, 24 April 2019, https://www.nytimes.com/2019/04/24/world/europe/volodomyr-zelensky-ukraine-jewish-president.html

As reported in the news, the US and Russia have agree to enforce new Syria ceasefire. A new deal between the US and Russia to enforce a ceasefire in Syria has been reached, with the cessation of hostilities set to come into force on 27 February. A report by Patrick Wintour, diplomatic editor of the Guardian is extracted below: The ceasefire, subject to the agreement between the warring parties, would exclude Islamic State, al-Nusra Front and other groups deemed to be terrorist organisations. Scepticism about whether it can be enforced will be widespread after a previous planned ceasefire failed to take place. Instead, Russia continued its bombing campaign, sieges of starving towns were never lifted and other confidence-building measures ignored. END_OF_DOCUMENT_TOKEN_TO_BE_REPLACED

As reported, the US secretary of state, John Kerry, says the partial Syria ceasefire agreed at talks in Munich ‘will apply to any and all parties in Syria with the exception of the terrorist organisations Daesh and al-Nusra’. However, the Syrian Centre for Policy Research (SCPR) on Syria conflict finds that in all, 11.5% of the country’s population have been killed or injured since the crisis erupted in March 2011. The number of wounded is put at 1.9 million. Life expectancy has dropped from 70 in 2010 to 55.4 in 2015. Posts on Syria’s war are available on Pakistan Horizon here, here, here,  here and here.

END_OF_DOCUMENT_TOKEN_TO_BE_REPLACED

The Hunt for Ratko Mladić: The Butcher of Bosnia 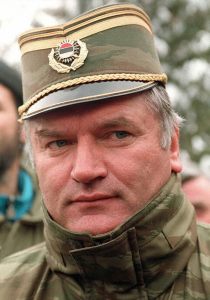 Ratko Mladić, the Bosnian Serb general accused of killing thousands of civilians at Srebrenica and Sarajevo – the worst atrocities in Europe since the Nazi era, remained a fugitive from justice for 14 years. In yesterday’s Guardian extracts from The Butcher’s Trail were published and Julian Borger tells the inside story of how the mass murderer evaded capture for so long and was finally caught. Of course we plan to get this book soon but in the meantime, here is what Borger, who was the paper’s chief correspondent in the region, said in this phenomenal long read: In July 1997, a Yugoslav army officer named Milan Gunj received an urgent phone call at home in Belgrade. Something strange was happening at work and he was needed immediately. Staff Sergeant Gunj’s job could best be described as that of an army hotelier. He had risen through the ranks from barracks cook and caterer to the rather pleasant task of looking after a string of gated and guarded holiday homes the Yugoslav military had traditionally provided for its top brass. The man calling him on this summer day was a soldier who worked in one of these bucolic retreats, at a place called Rajac in the wooded hills of central Serbia. Some unexpected guests had arrived. The soldier dared not say any more on the phone, but he was insistent Gunj come as soon as possible. END_OF_DOCUMENT_TOKEN_TO_BE_REPLACED 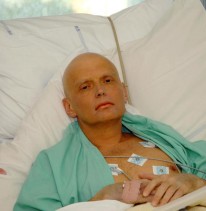 The following news is extracted from the BBC’s reporting today on the Litvinenko murder: The murder of ex-Russian spy Alexander Litvinenko in 2006 in the UK was “probably” approved by President Vladimir Putin, a public inquiry finds. Mr Putin is likely to have signed off the poisoning of Mr Litvinenko with polonium-210 in part due to personal “antagonism” between the pair, it said. Home Secretary Theresa May said likely state involvement was deeply shocking. Mr Litvinenko’s widow welcomed the report, but the Russian Foreign Ministry said it was “politicised”. It said: “We regret that the purely criminal case was politicised and overshadowed the general atmosphere of bilateral relations.” It said the inquiry had “not been transparent”, saying it had not expected the process to be unbiased. Mr Litvinenko died aged 43 in London in 2006, days after drinking tea poisoned with the radioactive substance. He was a former Russian spy but fled to Britain where he became a fierce critic of the Kremlin. Two Russian men, Andrei Lugovoi and Dmitry Kovtun, deliberately poisoned Mr Litvinenko, the report said. They both deny killing him. Giving a statement to the House of Commons, Mrs May said the UK was to impose asset freezes on the two suspects. International arrest warrants against the two men remained END_OF_DOCUMENT_TOKEN_TO_BE_REPLACED

In yet another intriguing long read in The Guardian, Putin’s closest ally – and his biggest liability, Oliver Bullough is of the view that Chechen leader and Instagram king Ramzan Kadyrov is vulgar, vicious and very rich. Moreover, Bullough asks: is he out of control, or just the kind of blunt instrument the Russian president likes to have around? As far as I can see, this is a must read article for all PIIA members; see podcast. Furthermore, Oliver Bullough clarifies that: Ramzanism is almost the ur-expression of Putinism: equal parts bling, violence, nationalism, kleptocracy and religion. Bullough also says that: Kadyrov is essentially employed by Putin to stop Chechens from killing Russians, but he has also been linked to a long list of killings. The motives have tended to be, like Kadyrov himself, crude and straightforward: someone threatened his hold on power, and ended up dead. It is not easy to see why he would want rid of Nemtsov but, all the same, Kadyrov’s track record was sufficient for many people to view a motive as unnecessary. (Kadyrov’s spokesman, who I have known for a decade, did not respond to multiple requests via phone, text and email, for comment on this article.) “The crime clearly leads directly to Kadyrov. I cannot imagine that these men could commit such a terrible crime without, at the END_OF_DOCUMENT_TOKEN_TO_BE_REPLACED

Authored by Anna Suvorova, the present book is devoted to the life and work of Pakistani Prime Minister Benazir Bhutto (1953-2007). In the late twentieth century, female leaders came to power in a number of states with predominant Muslim populations (Indonesia, Pakistan, Bangladesh, and Turkey). This destroyed the gender stereotype of traditional Muslim society and promoted its modernization and democratization. This book makes an all-around study of this phenomenon of international politics, which has deep historical and cultural roots. Bhutto became the first female head of government in a Muslim state. She has been recognized the world over as a fearless fighter against dictatorship and extremism and a staunch supporter of peaceful dialogue between Islam and the West. END_OF_DOCUMENT_TOKEN_TO_BE_REPLACED